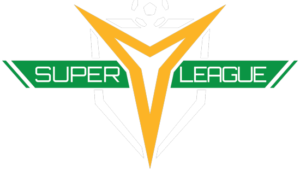 Generally, the games stay within Texas. When we need to
travel we play 2 or 3 games in a weekend in order to still allow people to enjoy their
summer. Travel games can take place on a neutral site at the Toyota Railroad Park (Aug 14-15)
and colony 5 star complex (July 10 -11) located in Dallas to help connect teams.

What is the cost and what does it include?

Founded in 1999, Super Y is a nation-wide youth summer league operated by the United Soccer
League (USL), which is the largest organization of elite soccer leagues in North America.
Affiliated with US Soccer, the Super Y League contains the youth academies of Major League
Soccer clubs, USL PRO clubs, Premier Development League and W-League clubs. Divisions
within Super Y are organized geographically, and membership in the league is limited to only a
few elite programs to ensure strong competition. The Super Y League also has its own ODP
Identification Program that has opened countless doors for players to be identified for U.S.
National Team Programs. The Super Y League provides a valuable platform for the most
committed players to have the opportunity to continue to develop their play during the
summer months.
The league provides an opportunity during the summer to compete an an elite level. Players
also have the opportunity to be seen by college coaches and Olympic Development
staff. Players from any club are able to participate without a release from their current club.
Players committed to other clubs can play during the summer months with Round Rock SC and
then go back to their fall season with their current club

North American Finals
The Super Y-League North American Finals is one of the top youth soccer events in North America. This
event takes place at the world-renowned IMG Soccer Academy in Bradenton, FL. The National
Championships are attended by National Team Recruiters, USL Professional Team Staff, and College
Coaches from around the country.
The division winners will travel to the IMG Academy and play a five day tournament that includes more
than 130 of the best U12 to U18 boys’ and girls’ soccer teams from the US and Canada. All teams that
qualify to the North American Finals are separated into 3-4 Brackets of 4 teams. The top teams from
each bracket will advance to the semi-Finals and then on to the finals, in hopes of becoming North
American Champions.
Scouting
Players are selected at the end of each game by the home and away coaches as player(s) of the game.
These selected players are noted on the game sheet and these game sheets are reported to the USL
staff in Tampa, FL within 24 hours of each game.
At the end of the season, players selected the most are nominated for acceptance into the Super Y
Regional Scouting Series in August. This provides players with exposure to high level training against
players at an elite level.

What are the advantages of Round Rock SC Elite Academy Super Y?
One of our main goals is to provide a top-notch opportunity and experience for any player that wants to
continue playing at a high level during the summer. Players develop at faster rates through the Super YLeague system by playing in a highly competitive environment.
What are the age groups for the Super Y-League?
Round Rock SC Elite will be hosting teams in the following age groups: Girls: U11, U12, U13, U14, U15,
U16, U17, U18, U19 Boys:U11, U12, U13, U14, U15, U16, U17, U18, U19.
How does the Super Y-League help in player development?
This is all about what’s called “professionalizing” player development in the United States and Canada
when it comes to the top-level youth players. It is about allowing the top players to rise to the top and
identifying elite level players. It is about playing top-level soccer 12 months a year, with the spotlight on
young players during the Super Y-League season.
How do I register for the program?
Once you recieve the invitation to participate from the Round Rock SC staff you can register using the
link provided on the top of this page.
Competition Level
Round Rock SC will Elite plays in the Mid South Regional of Super Y. This region includes clubs from
Texas, Oklahoma and Arkansas.
What if Y-League conflicts with my club team?
The program is not meant to compete with the club teams, but rather help distigush their top athletes.
Season Dates
The regular season typically begins the first week of June and will go through the end of July. We will
avoid most major events such as State Cup, ODP camps etc. The Super Y-League North American Finals
will be held in December at the IMG Academy in Bradenton, FL.
The Super Y-League ODP Philosophy
To identify players for U.S. National Team Programs, within their natural environment during
competition on their club team during the Super Y-League season. The Super Y-League ODP system
began in 2003 to identify a pool of players in each age group of the league for identification to U.S.
National Team Programs.
What are the Benefits of Participating in the Super Y-League ODP system?
1. Selection of players in the environment on their club teams as opposed to an open try-out system.
Some players don’t perform well in an open tryout process.
2. Exposure to U.S. National Staff team Coaches and collegiate scouts.
3. The scouting system is built into league play and contains no ODP fees.